In the WA startup community, Charlie is the "goto" person. In his early career, Charlie co-founded a tech startup which successfully exited after a 10-year journey (aussiehome.com). Charlie then had various business leader roles, including GM of a major property website (reiwa.com), CEO of media company (Business News), and as a federal government commercialisation advisor. Today, Charlie is very well known as an advisor, writer, angel investor, presenter, speaker, podcaster and special guest at many industry events.

In 1999, after completing an MBA at UWA Business School, Charlie co-founded aussiehome.com. The plan was a bit audacious, being the world's first map-based property website, some 6 years before Google Maps, and wholly based in Perth. Charlie gradually overcame the many technology hurdles, and slowly built up the business, winning various awards along the way, for eCommerce, technology, and 40under40. AussieHome grew to having 85% of all properties in Perth for sale/rent on the platform. In 2010, AussieHome was acquired by REIWA, whereupon Charlie and his team went in to run reiwa.com. As GM, Charlie grew reiwa.com traffic and revenues 40% in just 3 years.

In 2013, Charlie moved to Business News to lead their digital transformation. Though the economy was in a prolonged downturn, Charlie managed to grew traffic over five fold (despite being behind a paywall), grew digital advertising revenues from zero, and transformed their subscription base. By the time he left in 2017, subscriptions (SaaS) was the largest income stream, above advertising revenue, where before it had been a quarter. Charlie won various international tech and editorial awards, including best business publisher website (AABP 2016) against 60+ US-based business publishers. Business News was the only Australian publisher to win anything, and they won 3 awards that year.

In 2017, Charlie moved to Department of Industry (Canberra) to work on Accelerating Commercialisation program with Larry Lopez and Sheryl Frame. Over the next 3 years, Charlie met 700+ WA-based innovators and startups. In particular, 6 of his deals obtained more than $5M of fresh investment into WA-based businesses, which was game changing for those involved. Charlie quickly learnt the complexities of deal flow and deal making, liaising with VC and investors to make those deals happen, and what the government would back. At that time, early-stage funding in WA was very low (~0.3% of all investment into WA companies) and the AC fund is one of - if not the - largest funder in this state of early-stage innovative WA companies.

In parallel, Charlie founded a business advisory, Damburst. In part, because Charlie wanted to help the many companies that could not get a grant, but nevertheless could be assisted, introduced to someone/partner, etc. He also tookover Startup News. Though this is unpaid for himself, Charlie strongly feels that Startup News is an important way of getting the local tech scene covered, because WA startups are mostly ignored in eastern-states media, and often even in the local media.

Startup News has become an important part of the WA startup ecosystem. Charlie uses sponsorship money to pay for uni student journalists to write stories about the local WA startup scene. Startup News has written 1,500+ stories and have 3,400+ people subscribe to their weekly email news. They have also published the 144-node ecosystem database online, have an interactive startup events calendar and have produced 60+ Startup West podcast episodes since mid-2018, on which they interview local startup founders. Startup News in itself support good causes, such as Proptech Hub and paying for someone to go through Curtin Ignition.

On the commercial side, in 2020, Charlie went full time at Damburst, helping and advising tech companies, across the spectrum of private, ASX listed, small and large. He also joined his good friend Evan Cunningham-Dunlop from Living Online to set up a brand new Australia-wide 100% digital property news site from scratch, The Property Tribune, which went live on Feb 1 2021 (1st day of lockdown!). They have published 2,000 articles since then (in 6 months) which makes them one of the most consistent, prolific publishers of property news in Australia (15-20 stories a day).

Over the years, Charlie mentored/advised hundreds of local startups, been an active mentor on Plus Eight, Founder Institute, Curtin Ignition and Accelerate, spoken at Bloom, Tank Stream Labs, and is a co-founder of eGroup (the first such internet entrepreneurs group in the mid-2000s).

Most notably, Charlie is a champion of women-led startups and ensure half of the Startup West interviewees are women. He has worked with female founders on the Boosting Female Founders grant, and 2 of his 6 AC grantees were female founders (national average was 17%). 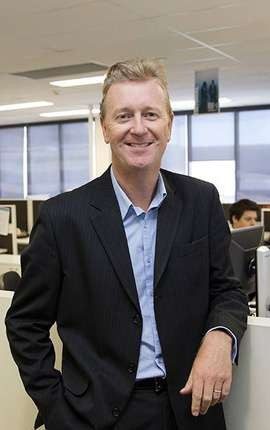